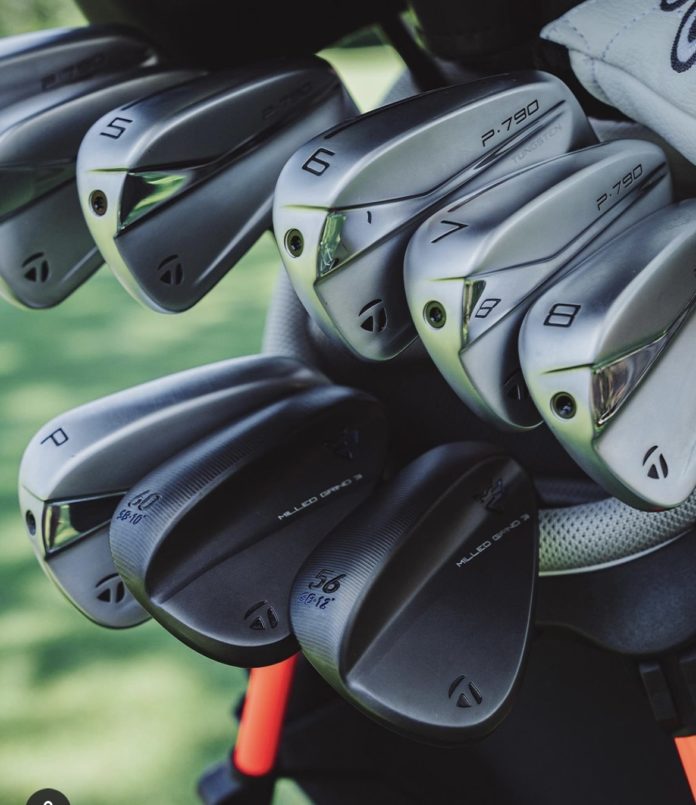 Taylormade has gone the extra mile this year with their revolutionary milled grind wedges in 52,56,58,60 degree loft options with various builds based off of your preference in bounce degree, weight distribution, and length! These wedges are specially crafted with RAW groves that will increase your consistency and ability to spin the ball around the greens. The club face also features micro-ribs that are raised off the face to be even more abrasive for better connection on short game shots around the green to keep your game hot!

As 2022 rolls in Taylormade is back at it with a brand new revolutionary Carbonwood faced driver that is the beginning of the new Carbonwood era. For the past 20 years or so the Golf world has been stuck on Titanium Driver heads and this year that could all change. The new Carbonwood design consist of 60 layers of carbon strategically crafted to increase engird transfer for faster ball speeds and further distance/carry. Along with the carbon face it also features Taylormade’s most aerodynamic head shape thus far and the best build for optimal launch and forgiveness.

Taylormade’s new P770 forged compact blade irons are amongst the market’s hottest clubs right now. These irons are guaranteed to be some of the most explosive yet forgiving irons out there. These irons consist of a forged hollow body construction with a razor thin face that provides enhanced feel, distance, and forgiveness.

The 2021 Taylormade SIM 2 Max driver features a sleek carbon fiber head with a speed pocket, and adjustable tungsten interia weights to help with forgiveness and distance. The SIM 2 Max driver utilities a high performance forged aluminum ring around the back of the head to produce more power with higher launch and more MOI.

Despite Srixon not having the most notable clubs or the largest name on the market across the boards, Srixon ZX7 irons are here to change the minds of many. Srixon quite possibly has perfected their ZX7 Compact Blade irons with their tour cavity back, progressive groves, Tour V.T. Soles, Multi-piece construction, and the smoothest feeling irons out there. ZX7 irons have quickly made their presence known with their easy workability for and through all sorts of lies on the golf course to keep your game hot!

You do not have a Credit Score? Here’s an easy way to start!

Tips and Tricks for Putting on Weight

Tips And Tricks For Putting On Weight